Integral and Social Reconstruction in the Isthmus of

The work of Cooperación Comunitaria in the Isthmus of Tehuantepec began as a response to the social and material aftermath of the 2017 earthquakes in Oaxaca. In light of the call for action by Ixtepec’s Committee in Defense of Life and Territory for integral reconstruction, we first went to Ciudad Ixtepec. However, in order to understand the regional situation, we traveled to other municipalities. After two years of reconstruction and recuperation work in Ixtepec, we extended our work to other municipalities of the Isthmus of Tehuantepec that requested it. So far, we have accompanied reconstruction processes in 11 communities and 8 municipalities.

The project, which began in 2017 and continues today, is a process of Integral Social Reconstruction of the Habitat in which affected people collectively participate with the social accompaniment and technical advice of CC. The integral aspect includes work in fields such as socio-cultural, construction, reactivation of productive activities, and environmental restoration of the territory. 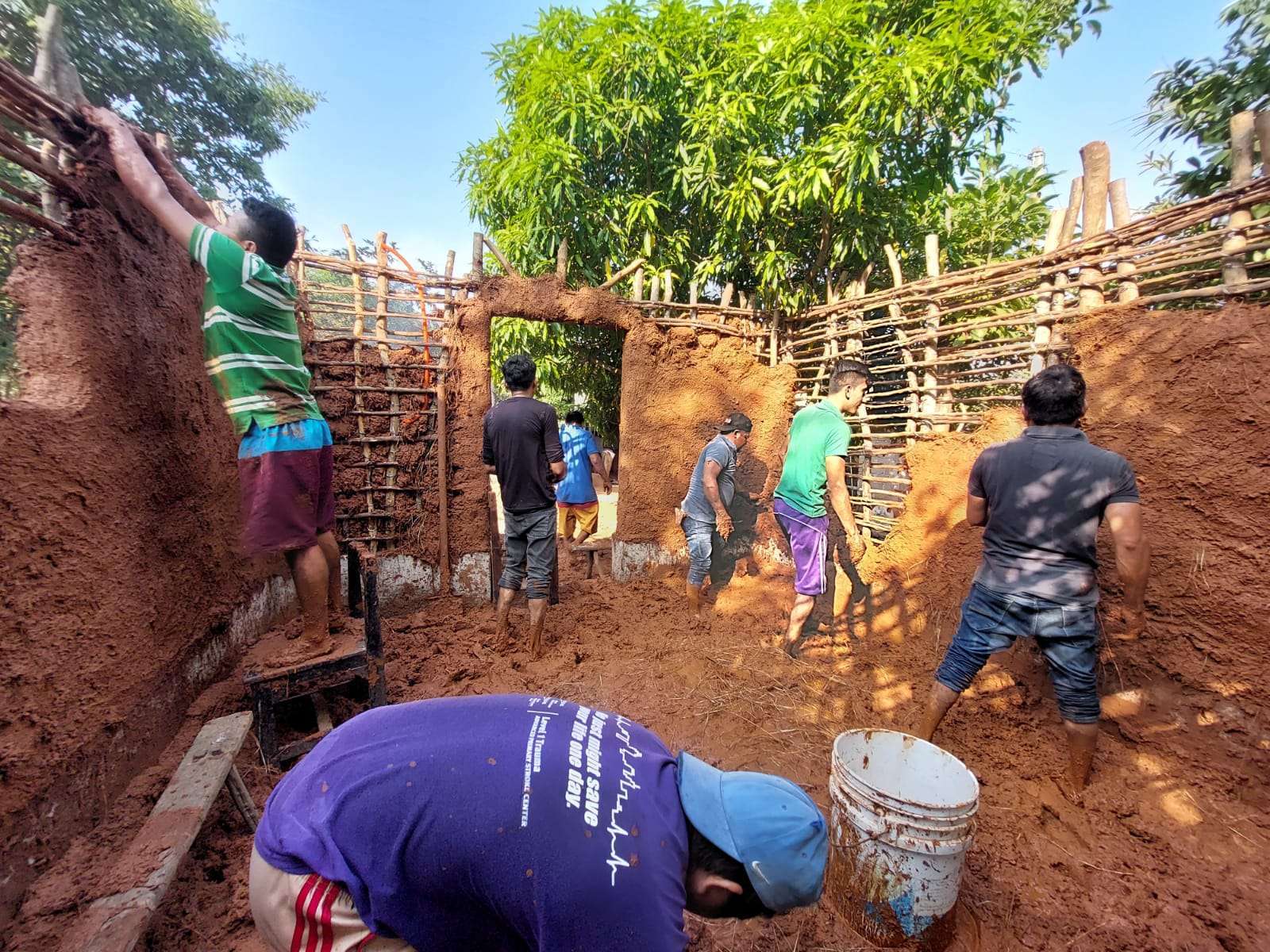 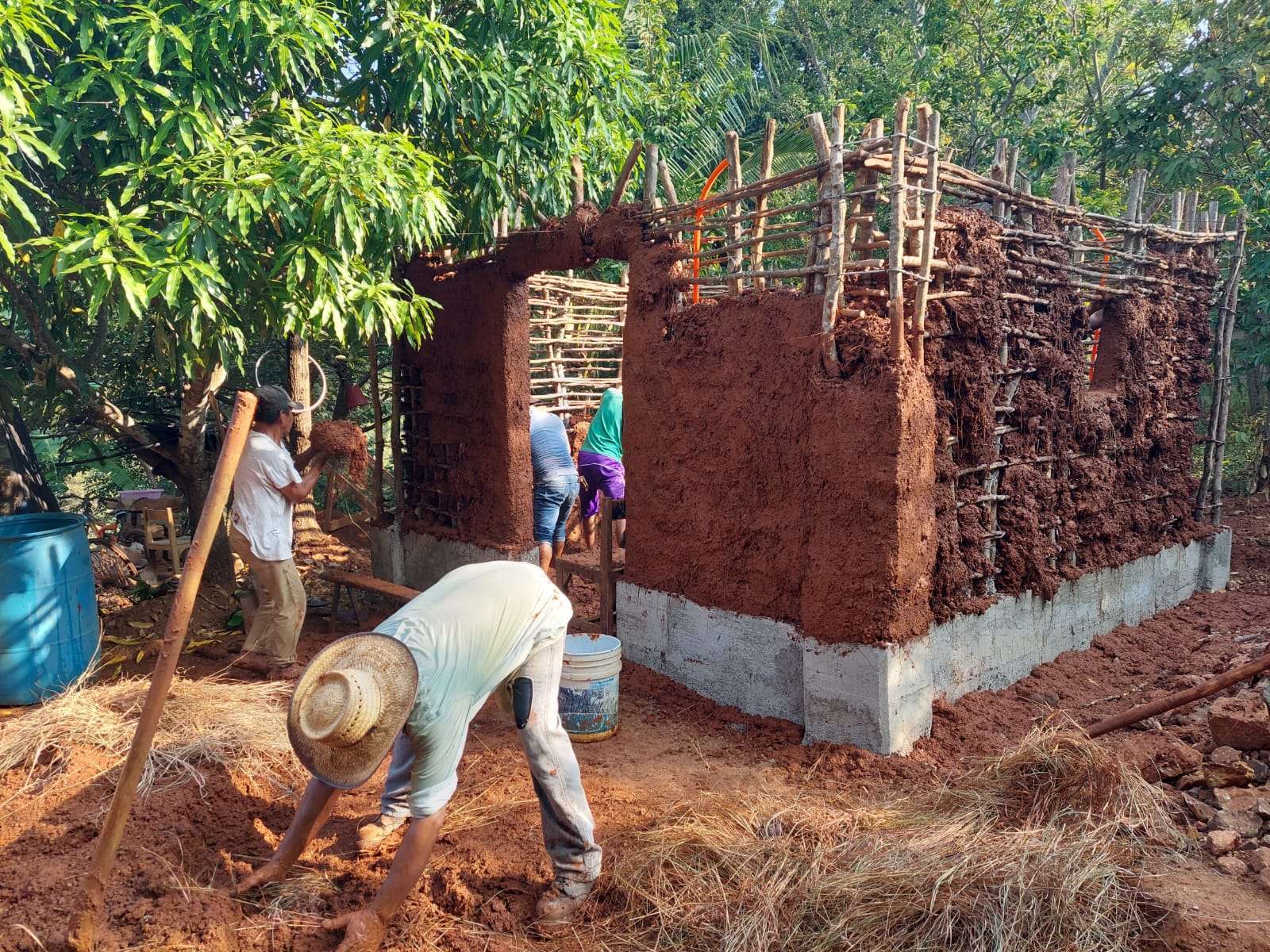 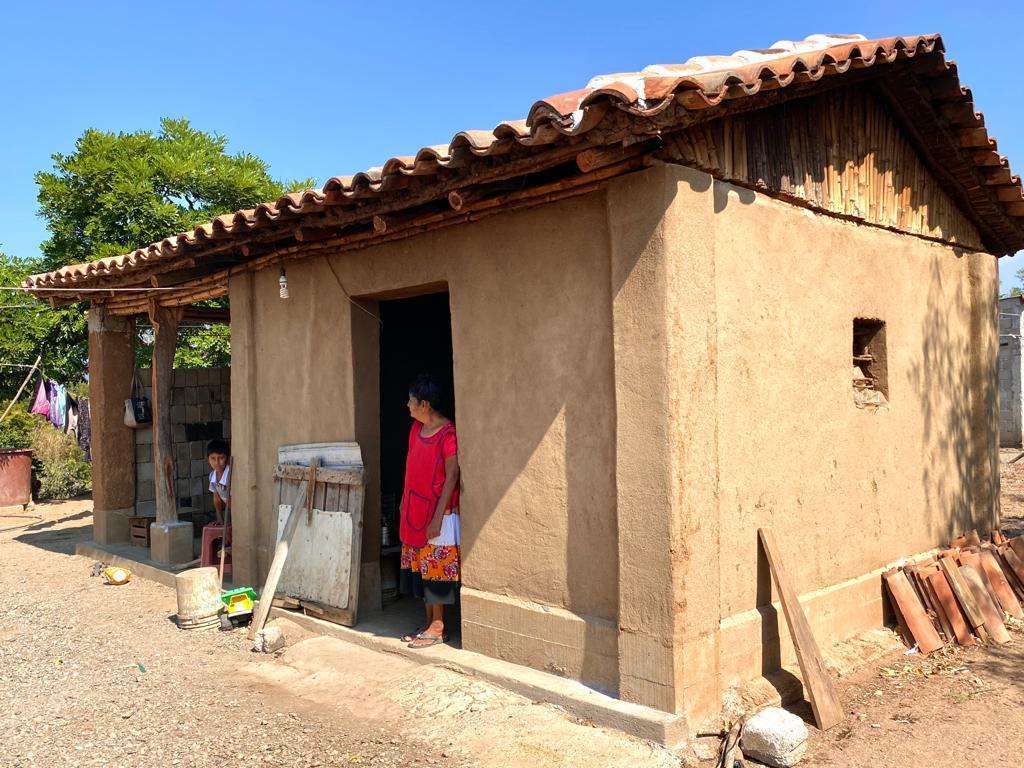 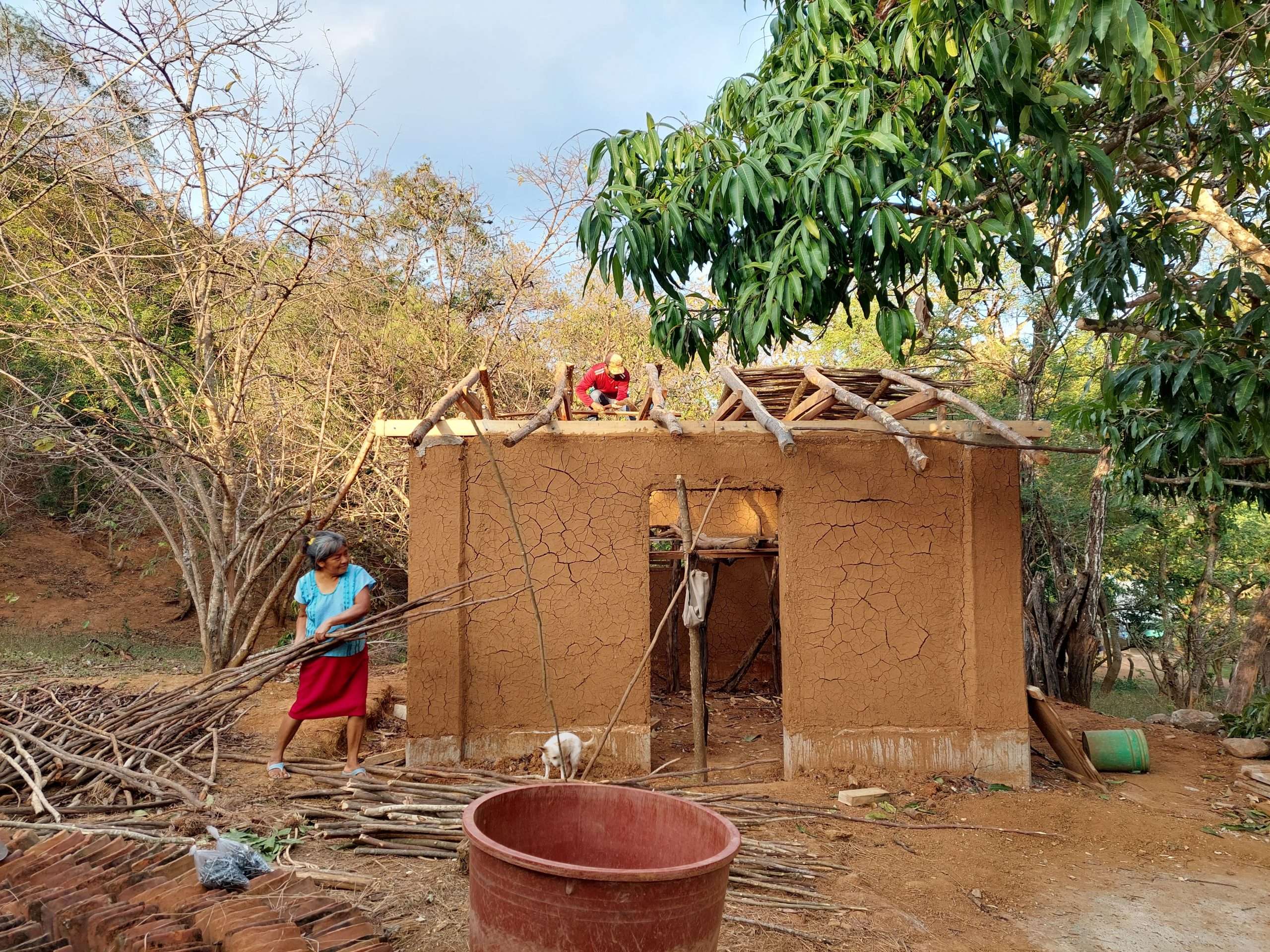 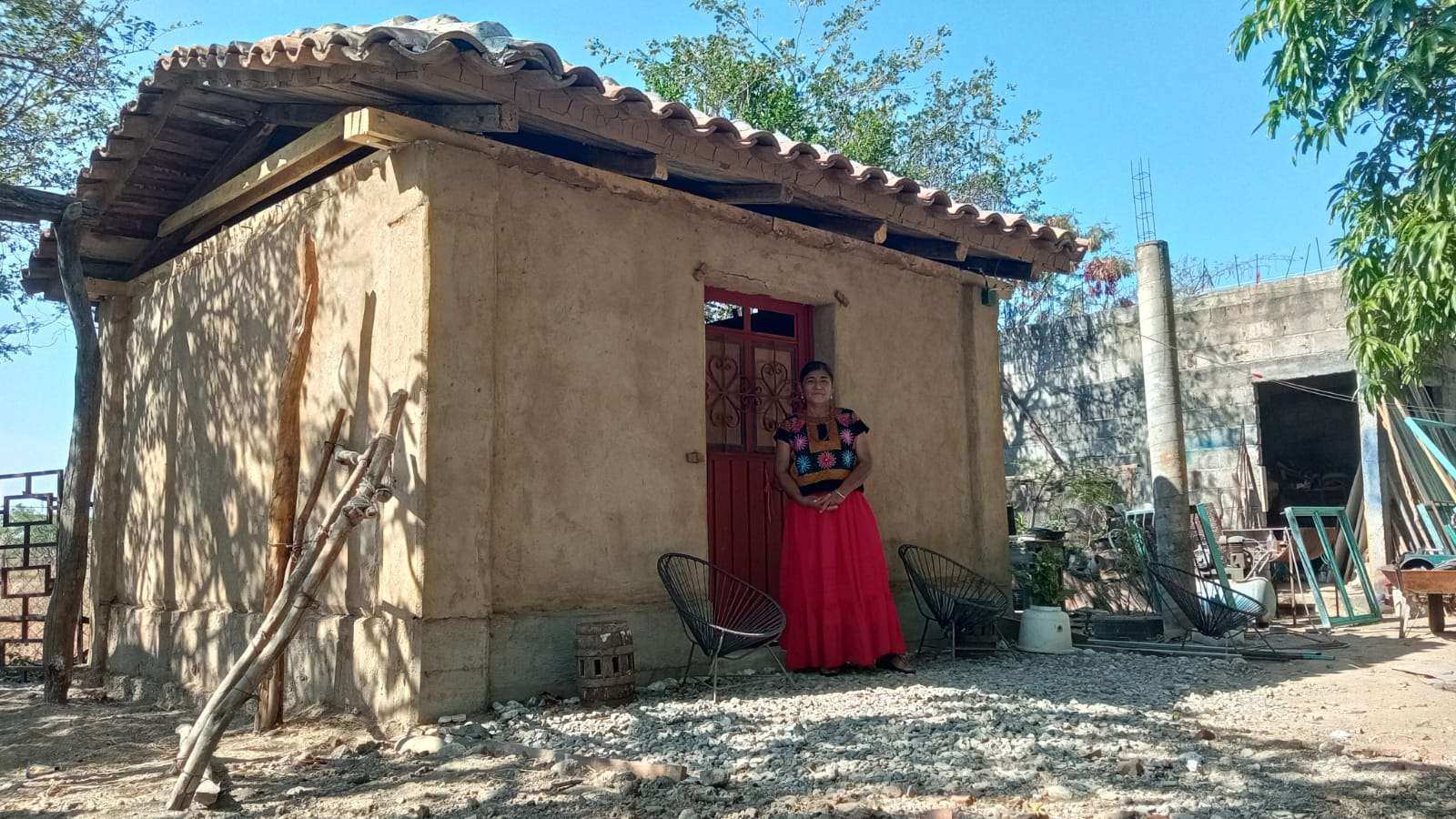 The work carried out by CC were conceived in opposition to the way in which the state and federal governments sought to rebuild, not only from a commercial perspective but hastily as well. Their plan considered the demolition of the affected houses and the delivery of a card with 120,000 pesos for the construction of prototypes, which would replace the traditional houses, without considering the population, the organization, or the cultural and climatic adaptation to the region. Faced with this response, CC has accompanied processes of social reconstruction, together with those affected, promoting both solidarity and self-organization, as well as respecting the local culture and ways of life.

As part of the process of technical advisory and social accompaniment, CC, together with the communities, has recuperated traditional construction knowledge. It has also promoted the use of local materials to reduce the ecological impact and make affordable self-constructed housing. In the Isthmus of Tehuantepec, we recovered the traditional dwelling made of bajareque, adobe, red brick and  y  plant fibers.

Based on the comprehensive diagnosis and participatory design, the traditional dwellings were designed and reinforced to be resistant to earthquakes and strong winds in the region, without losing either their cultural and climatic suitability, or their adaptation to the needs of each family.

The first diagnoses made it possible to identify the need to rebuild traditional kitchens and ovens (comixcales), to promote the reactivation of the productive forces of women and the local economy. During this process, 370 women in 10 different entities have recovered their activities and reactivated the family economy. This was done while the construction of new houses and the repair, reconstruction, and reinforcement of damaged traditional houses was starting. 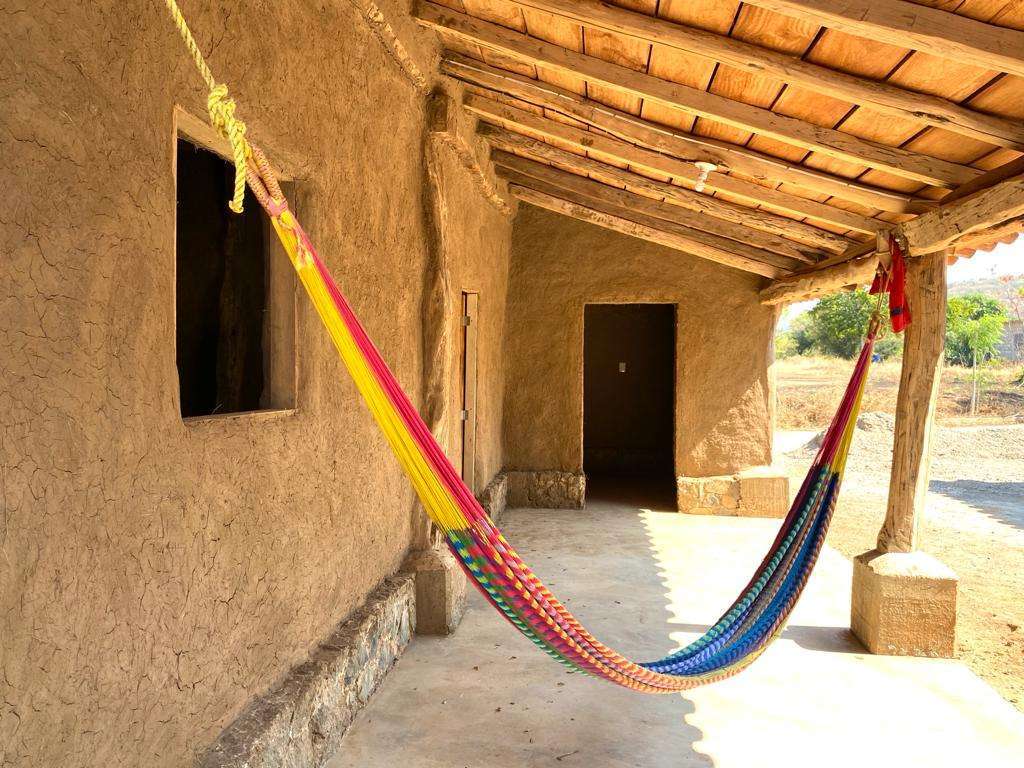 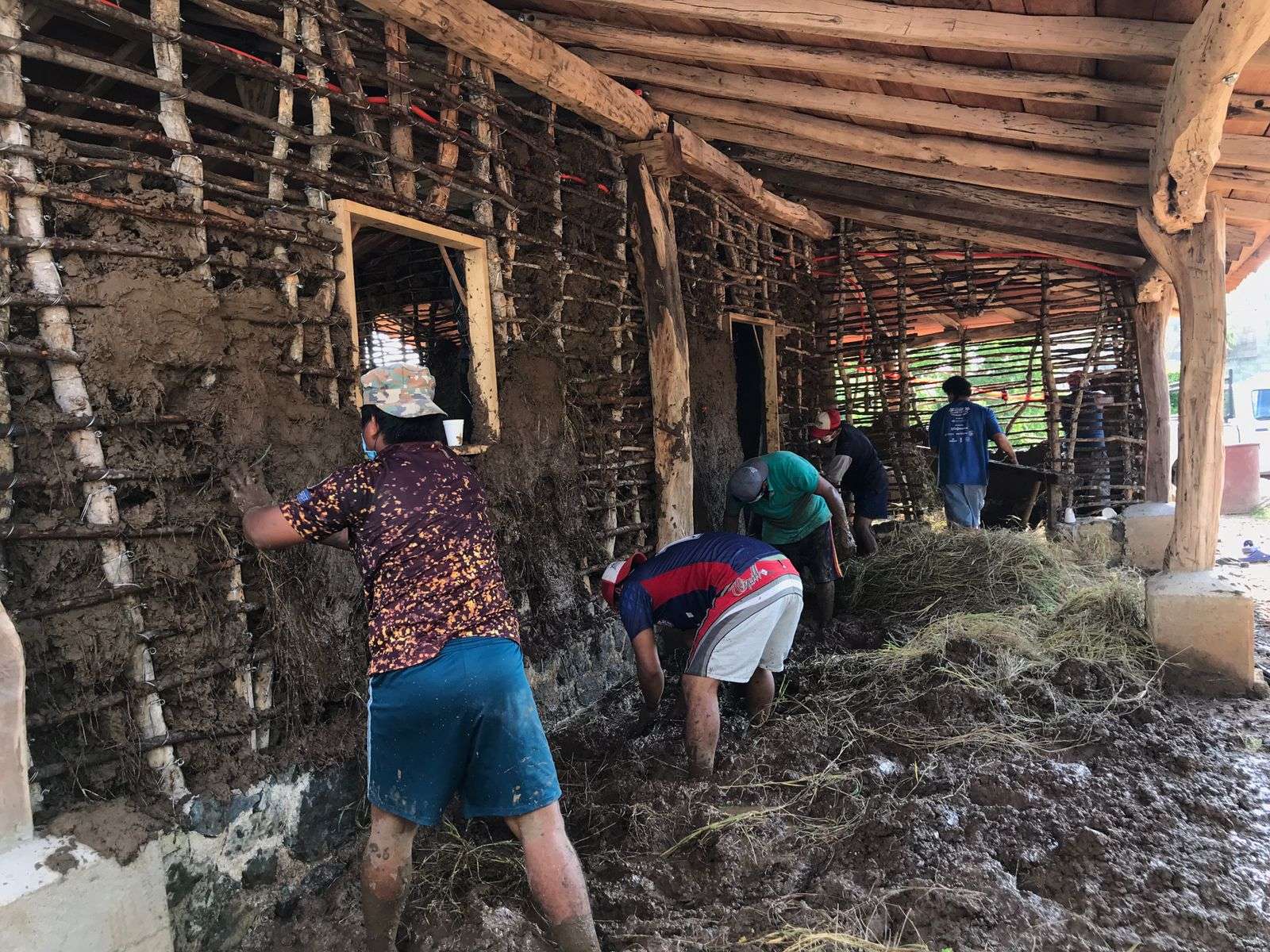 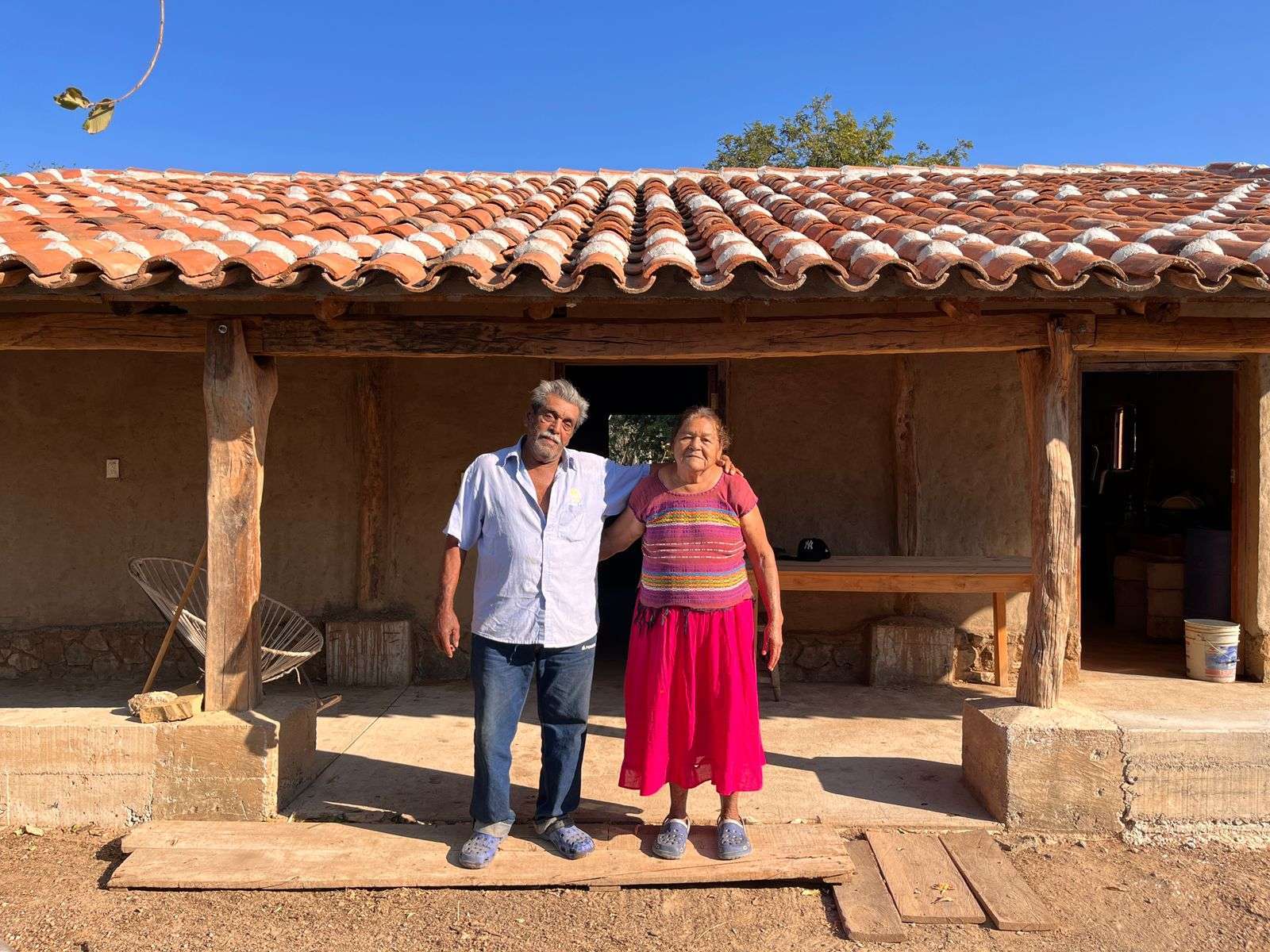 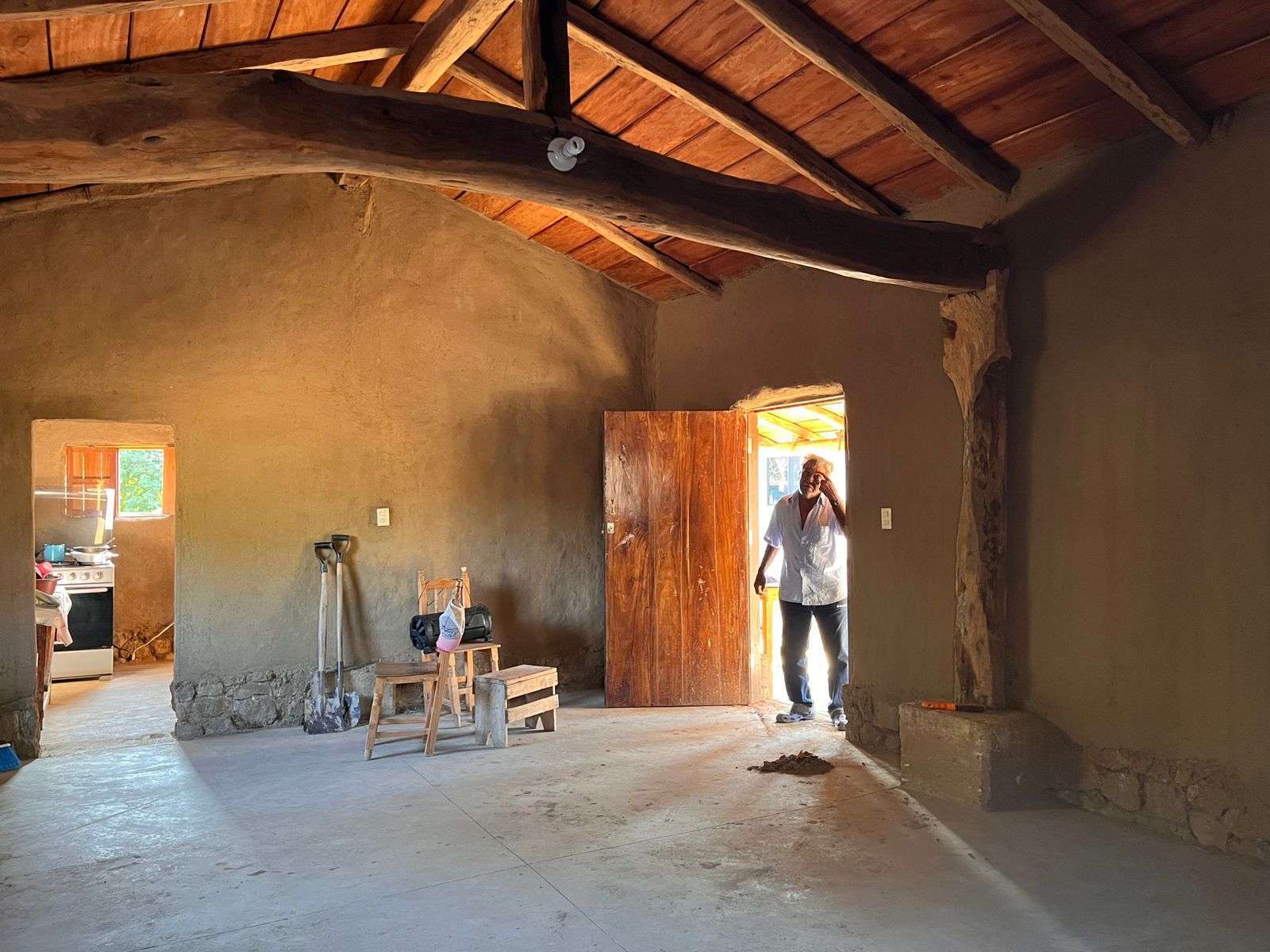 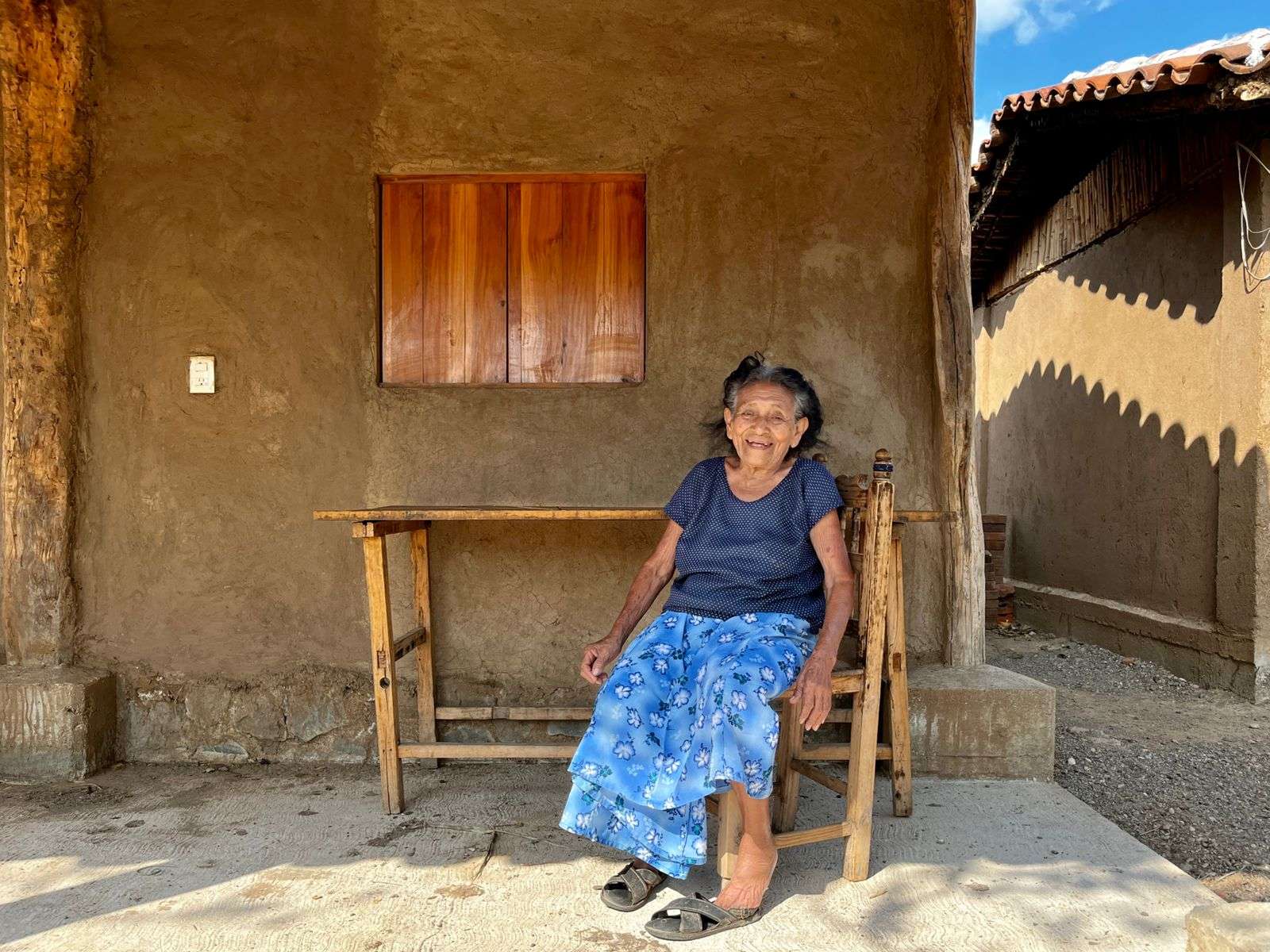 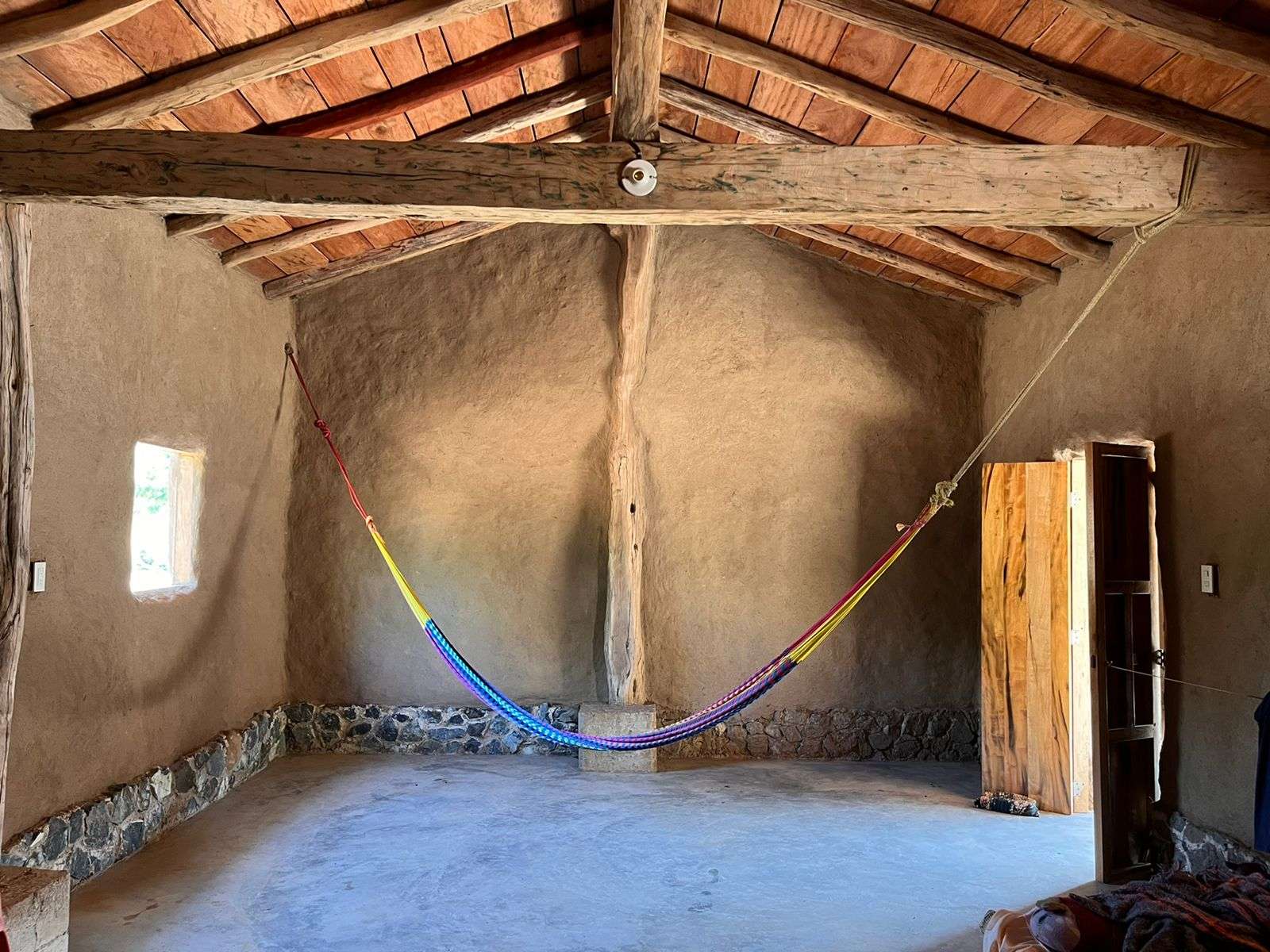 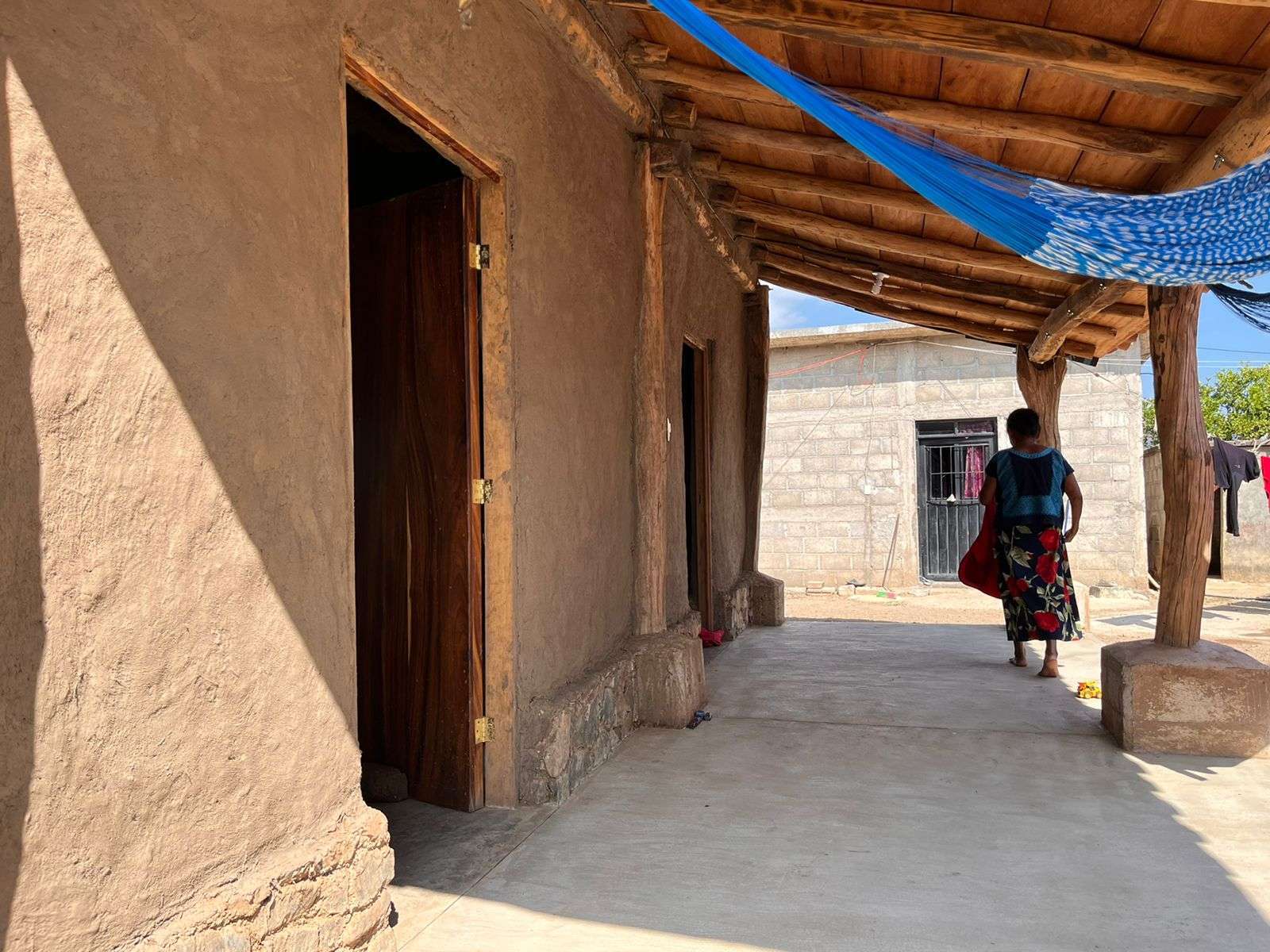 So far, 58 traditional houses have been restored and reinforced, 22 new reinforced houses have been built, 90 kitchens were reinforced with the Bajareque Cerén building system, and 256 comixcales and 27 bread ovens were built, alongside 2 community centers and 2 dry toilets. The Integral Social Reconstruction of the Habitat process works based on traditional forms of collective work and mutual support, through activities that strengthen community organization. Examples of these are: integral community diagnosis, participatory design, the transmission of structural technical knowledge, use of local materials, and construction in general with the population and the builders involved. In addition, training activities are given for comprehensive risk management, the right to adequate housing and habitat, and the social production of habitat. As part of the cyclical process, activities are carried out to evaluate their own home, as well as its use and maintenance.